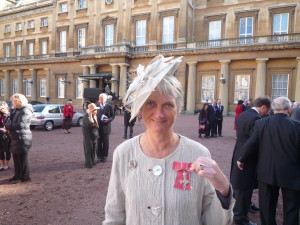 Original members of MHC included the then District Aids Control Co-ordinator, Mr Christopher Mnzava, the hospital chaplain, Father Sabakwa, Mama James from the Tb department, Bathlomew Bakari, a clinical officer with an interest in palliative care, Florence Koshuma & Mary Aloyce, palliative care nurses,   Katy Herman a nurse auxillary and several other members of the HIV counselling staff and others intersted in palliative care. It was finally recognised as an independant NGO in Tanzania in April 2002  with the simple remit to ” provide palliative care to persons within the catchment area of Teule hospital and outside this area provided the person will travel to the hospital ”

MHC aquired it’s first major funding from The Princess of Wales Memorial Fund  (POWMF) in 2002 and built the Diana centre at Teule hospital in 2003 to provide HIV counselling and testing as well as out patient palliative care,  and to be a centre for the palliative care team of the hospital to function from. They purchased a vehicle with POWMF funding and started a home visiting service for patients discharged from the hospital with life limiting disease.  Palliative care training was given to village health workers and volunteers and these have reamined the backbone of the service in the community.

At this time there was little to offer HIV positive patients. Tanga Aids Working Group had been established in the Region in 1994 to provide herbal remidies to try and allieviate the symptoms of opportunistic infections and they were invited to work alongside MHC from the Diana centre. Richard and Karilyn, knowing that treatment for  HIV, Anti Retroviral Therapy  ( ART ) was available in the developed world, started a staff treatment programme , offering free ARVs to staff and their families affected by HIV when they needed it. This programme was run from the Diana centre by hospice staff and many staff at Teule hospital are alive today thanks to this service. It became known that ARVs were available at the Diana centre and a number of patients, some coming from long distances,  came to get help. At this stage only those able to pay for treatment were able to be accepted, but despite this the numbers increased rapidly. A treatment regime for children was worked out and pills crushed and dissolved in syrup to assist the measurement the correct proportion of the adult dose.

By the time PEPFAR ( Presidents Emergency Package for Aids Relief )funding came to Teule  hospital, Muheza in 2005, they had an experienced team in MHC already successfully  treating both adults and children with ART.

In 2006 Drs Richard and Karilyn returned to the UK but have continued to visit the hospital frequently and take an interest in both the hospital and the hospice. During the years Karilyn was at MHC they received funding from many sources as well as DPWMF, including the Elton John Aids Foundation (EJAF), Rapid Funding Envelope (RFE) True Colours (Sainsbury’s Foundation) Geneva Global, Africa Palliative Care Association (APCA), the Dragon School (Oxford) and many other smaller funders and individuals.

Palliative care is a holistic provision in all senses of the word and in 2006 MHC successfully bid for funding to run an Orphans and most vulnerable children’s programme. This was  initially under the funding of Catholic Relief Services (CRS)  but has since been taken over by World Education International  ( WEI ) know in Tanzania as BATWANA.  This programme is catering for a large and ever increasing number of children in the district under the management of Mr John Nyoni.

In 2008 the DPWMF suggested extending the palliative care from Muheza District into Tanga Region, the “Tanga Roll Out “Programme.   This involved training a team from each of the other district hospitals ( Korogwe, Lushoto, Mkinga, Pangani, Handeni and Kilindi ) and from Bombo, the Regional hospital in Tanga. These trainings were mainly executed by the staff of MHC with help from Palliative Care Works ( PCW  see www.palliativecareworks.org ) a not-for-profit organisation of which Karilyn was a founder member, based in the UK to promote palliative care world wide. One important feature of the programme was to get the staff of these hospitals familiar with WHO guidelines on pain relief and familiar and confident to use morphine.  Karilyn was fortunate to enlist the help of mentors, palliateurs from the UK and Canada, to assist in this and each hospital has had their own personal mentor.  The programme is extending palliative care to village level over the next 2 years ( 2012 – 2014 ) with help from an annonymous UK grant.

MHC has evolved since its founding in 2002 and the palliative care team at St Augustine’s Hospital ( formally Teule hospital, renamed in 2012) is now quite rightly a hospital department.  MHC, now under the umberella of Tanga Diocese,  will work alongside the hospital to provide the things that are outside the remit of a District hospital, such as the home visiting and community work, the clubs for children, mothers on the PMTCT programme and the OVC programme.  The “Tanga Roll Out” continues and  Tanga Region can proudly say it is the first Region in Tanzania, possibly in Africa, to have palliative care in all its hospitals, regular Regional Palliative Care meetings  and morphine available in all government hospitals.